Dawn Ellmore on patent applications for inventions created by AI

In a potentially game-changing development, the world’s first patent applications have been filed for inventions created solely by artificial intelligence (AI).

A team of academics from the University of Surrey has filed two patent applications with the UK Intellectual Property Office (IPO), the European Property Office (EPO) and the United States Patent and Trademark Office (USPTO) for AI-developed inventions.

No human being had a hand in the development of the inventions, which instead were formulated by the Device for Autonomous Bootstrapping of Unified Sentience (DABUS). Created by pioneering AI expert Stephen Thaler, DABUS is the first AI in the world to invent workable products with no human intervention.

DABUS uses its complex and varied interconnected neural networks to create its own ‘ideas’. By varying the connections between the neural networks, and then using a secondary layer to predict the potential critical consequences, it came up with two separate inventions.

The first invention is a new type of plasticfood container that uses fractal geometry to change shape. The second is a type of flashing light device designed to attract attention during an emergency incident, such as a search and rescue mission.

Who should get the credit?

For the two patents, it’s far from clear who should be credited as the patent holder and owner. No legal precedent exists anywhere in the world for inventions created by machine. And while AI itself has long been regarded as something that can fundamentally change the way we live, there is no legislation regarding patent ownership for machines.

Part of the team behind the filings, Professor Adrian Hilton is Director of the Centre for Vision, Speech and Signal Processing. He says that “modern AI may fundamentally change how research and development takes place.”

AI has shifted from its place as a tool to enhance human endeavour to a level where it is automating innovation. IP law must now catch up with the speed of technological progress, in order to properly legislate for these developments. Professor Ryan Abbot is from the University of Surrey’s law school. He believes that in this case, the AI is undoubtedly the inventor of these two patent filings: “There would be no question the AI was the only inventor if it was a natural person.”

The problem of who should be credited is something that should be swiftly decided by patent offices. Without this, the incentive for AI development could drop and scupper what could be hugely important human development.

One possible solution would be for the AI to receive credit as the inventor on the patent, while the AI owner receives ownership of the patents. Should this be taken up by patent offices, it would allow invention and innovation to continue on its upward trajectory and bypass problems caused by confusion over accreditation.

Patents to be examined next year

AI could solve some of the biggest and most destructive issues facing mankind. From finding a cure for cancer to working out ways to fight climate change in a meaningful way, AI is likely to profoundly change the way research and development is managed.

These two patent applications will be properly and fully examined by the UKIPO, EPO and USPTO after there are published formally in April and May 2020.. We can expect to see equivalent applications filed in other countries too. At Dawn Ellmore Employment, we’ll be keeping track of how these patents are managed during the first half of 2020. 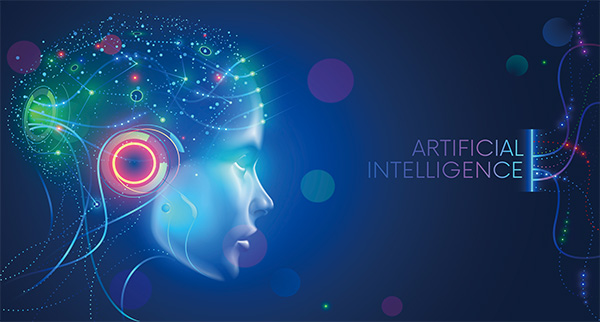