Haven’t I Seen You Somewhere Before? A Look at Supermarket Copycat Branding 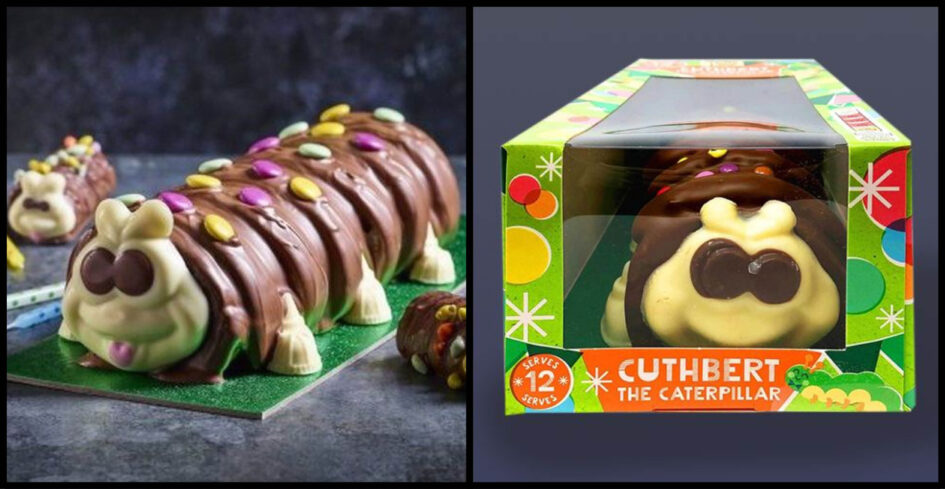 With the recent splash of publicity regarding supermarket copycat branding, brought about after Aldi incurred the wrath of Marks & Spencer’s legal team after releasing their “Cuthbert the Caterpillar” cake, in this blog article Dawn Ellmore Employment looks back over the history of supermarket brand mirroring.

Just over 30 years ago, a UK court case regarding copycat packaging too place in what has become established as the test case on the issue. Jif, produced at the time by Reckitt & Colman, was an established brand of lemon juice in the UK and was sold in distinctive squeezy plastic packaging resembling a real lemon. Rival manufacturer Borden started selling lemon juice in a similar squeezy plastic lemon in the UK. Reckitt & Colman sued for passing off, and were successful (both at first instance and on appeal) after it was ruled that the three-part test of reputation and goodwill, misrepresentation, and damage had been proven.

In the 1990s, following the Jif Lemon case, there was evidence of supermarket own brands starting to mimic the packaging of the established premium brands. Until that time, supermarket own brand products had been seen as a budget option, and there was a significant move by retailers to establish a range of own brand products in the “mid-value” tier. One way for the supermarkets to show consumers that their products were a viable alternative to the premium brands, and thus gain a share of the market, was to offer their products in similar packaging – and thus accusations of brand copying started to surface.

Possibly the most famous case relating to brand packaging is the battle between United Biscuits’ “Penguin” biscuits and Asda’s own brand “Puffin” biscuit bar. Asda launched their own biscuit bar in September 1996, and United Biscuits didn’t waste any time in starting legal proceedings just a month later. The court decided that Asda were guilty of passing off, as the packaging of the two products were confusingly similar, although it was found that the name “Puffin” did not infringe on the registered trade mark PENGUIN. As a result, the Asda Puffin bar survives, albeit in very different packaging. 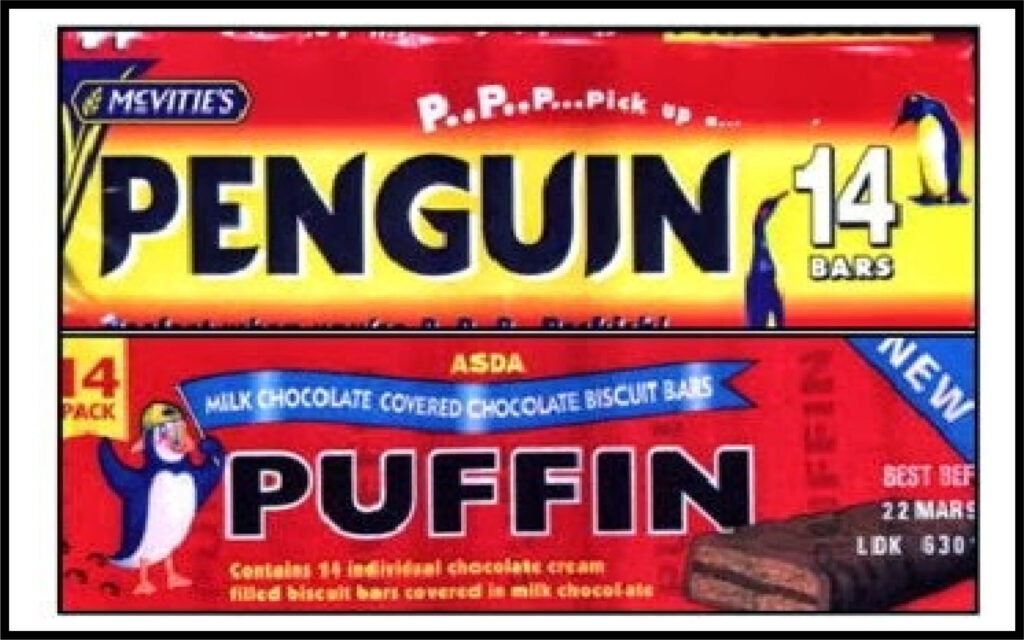 Budget supermarkets and the changing dynamic

Not many cases of copycat packaging make it as far as court, with one possible explanation for this being the interdependency of brand owners and supermarket chains; brand owners need a good relationship with supermarkets in order to offer their products to a wide audience, and supermarkets need to be able to offer the brands for sale in their stores to attract customers. It may be for this reason that many brand owners take no action when lookalike products emerge. In the crowded market of breakfast cereals, whilst the market leader Kellogg’s do not act upon packaging lookalikes, they simply do not produce own brand products for supermarkets and use this fact as an advertising tool.

This dynamic has changed somewhat with the introduction into the UK of budget supermarkets, in particular Aldi and Lidl, which rely less on premium brands and focus more on providing customers with cheaper products. With less of a reliance on established brand providers, such retailers are able to push the envelope further with their own packaging, so that customers are left in no doubt as to what product is being mimicked and offered for sale at a lower price. There have been various cases in the news over the past few years where the budget supermarkets have upset an established brand owner with the get up of their own products – with the Colin and Cuthbert the Caterpillar cakes being the latest in a long line of headline-makers.

Aldi in particular has found itself in legal wrangles. The producers of Moroccanoil brought an action against the German retailer following the launch of their own hair product which was packaged in a similar get up, although Aldi prevailed in this case despite the judge noting certain cheeky similarities between the products’ packaging. A brand owner that has successfully taken on Aldi is The Saucy Fish Company, and in this case their success can be attributed to the fact that the company own ed numerous trade mark registrations, both for the company name and the design of their distinctive packaging.

Examples of other Aldi own brand products that have (so far) avoided action include “Teddy Faces” (which bear more than a passing resemblance to the well known “Pom-Bear” snacks), “Oblongs” (which is in fact a more accurate representation of the product shape than Kellogg’s “Squares” bars) and “Seal Bars” (which again brings to mind the “Penguin” bar).

With many issues at play, it will be interesting to see how the Colin/Cuthbert case develops, and which other brand owners decide to take action against copycats in the future.