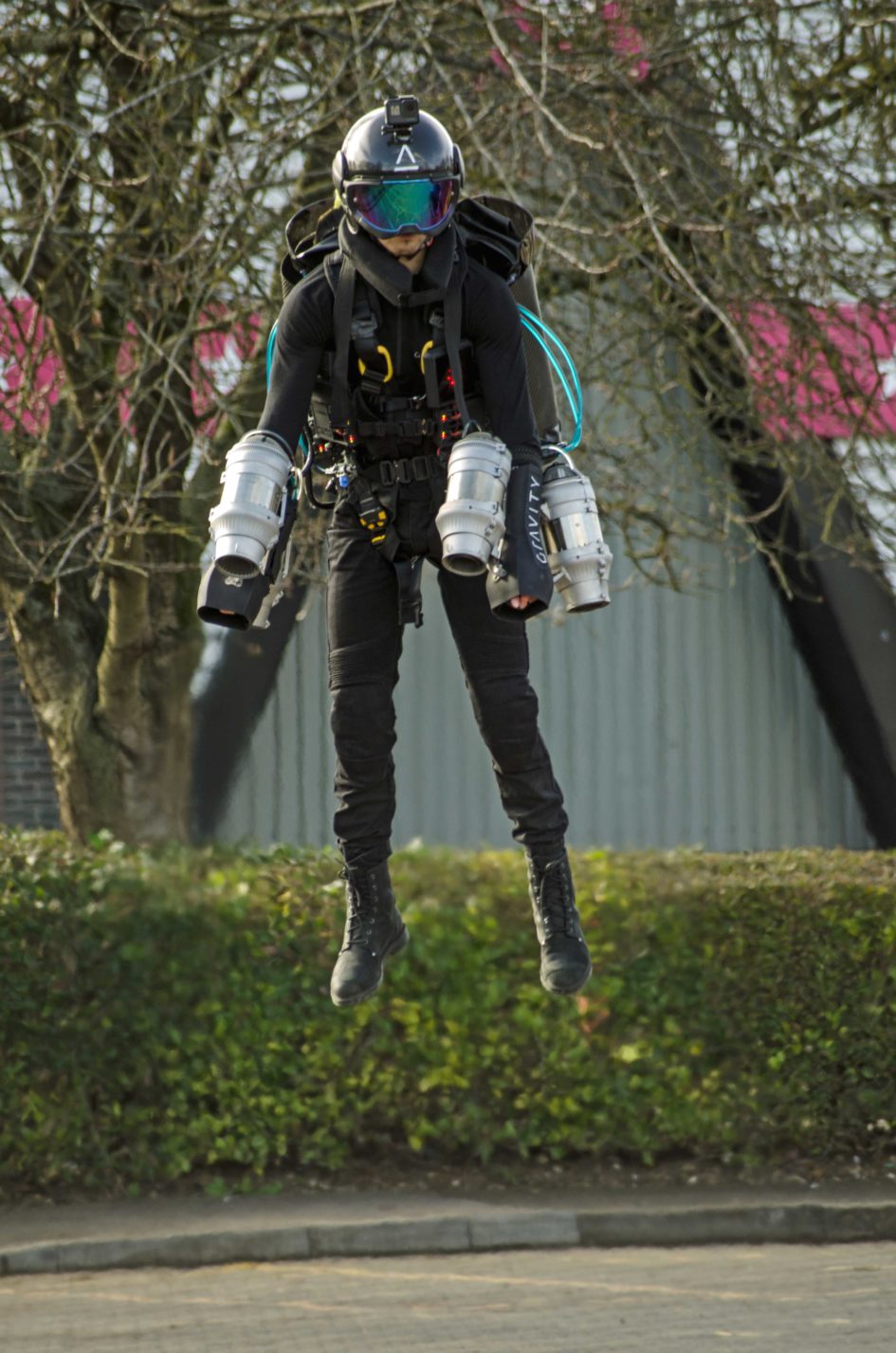 We could be a few inches closer to a real-life Iron Man, such is the success of a jet suit devised by a British company.

London-based Gravity Industries has been improving its jet suit since it was launched in 2017, and now say they’re the first company in the world to be granted a patent.

The company behind the jet suit

Gravity Industries is headed up by CEO Richard Browning and says on its website that they have a mission to be “the next frontier in human flight”. The Gravity Jet Suit is part of the company’s innovative and technologically advanced product portfolio that aims to “enable unparalleled human flight”, much of which is patent pending.

The flying suit has been in development for more than two years, and while the company filed the request in 2017, the patent was finally granted by on 13 March 2019. The company claims to be the first in the world to be awarded an official patent for a jet suit.

What does the patent cover?

The patent, granted by the UK Intellectual Property Office (UKIPO), was originally filed in February 2017 with the title: “A Wearable Flight System With Propulsion Assemblies Worn On A User’s Body”. The suit can fly at speeds of above 55mph, and Gravity Industries claim that the flight system allows the human body to propel the suit using thrust.

The patent describes “propulsion assemblies”, which it further defines as a device that uses thrust to properly the body. Turbines are mounted on the arms and possibly legs or torso, which the wearer uses to steer, manoeuvre and land the suit. Weighing in at 35kg (the suit is 25kg, and the propulsion fuel adds 10kg), the suit can produce over 1,000 bhp (brake horsepower). Each turbine produces 175 hp, and when combined produce more than 1,200 N (newtons) of energy, allowing the suit to fly faster than 55mph.

The suit is very much tried and tested, with Mr Browning having flown it at over 70 locations across 22 countries. In 2017, he broke what was then the record for fastest jet suit by flying at 32.03mph.

In a statement, Mr Browning says the jet suit is primarily designed for use by the military and rescue services. Towards the end of 2019, Gravity Industries plans to launch a Gravity Race Series competition. This will pit flyers from all kinds of backgrounds against each other while they put their skills to the test. Teams will compete on courses around the world, and take the suit one step further towards the mainstream. 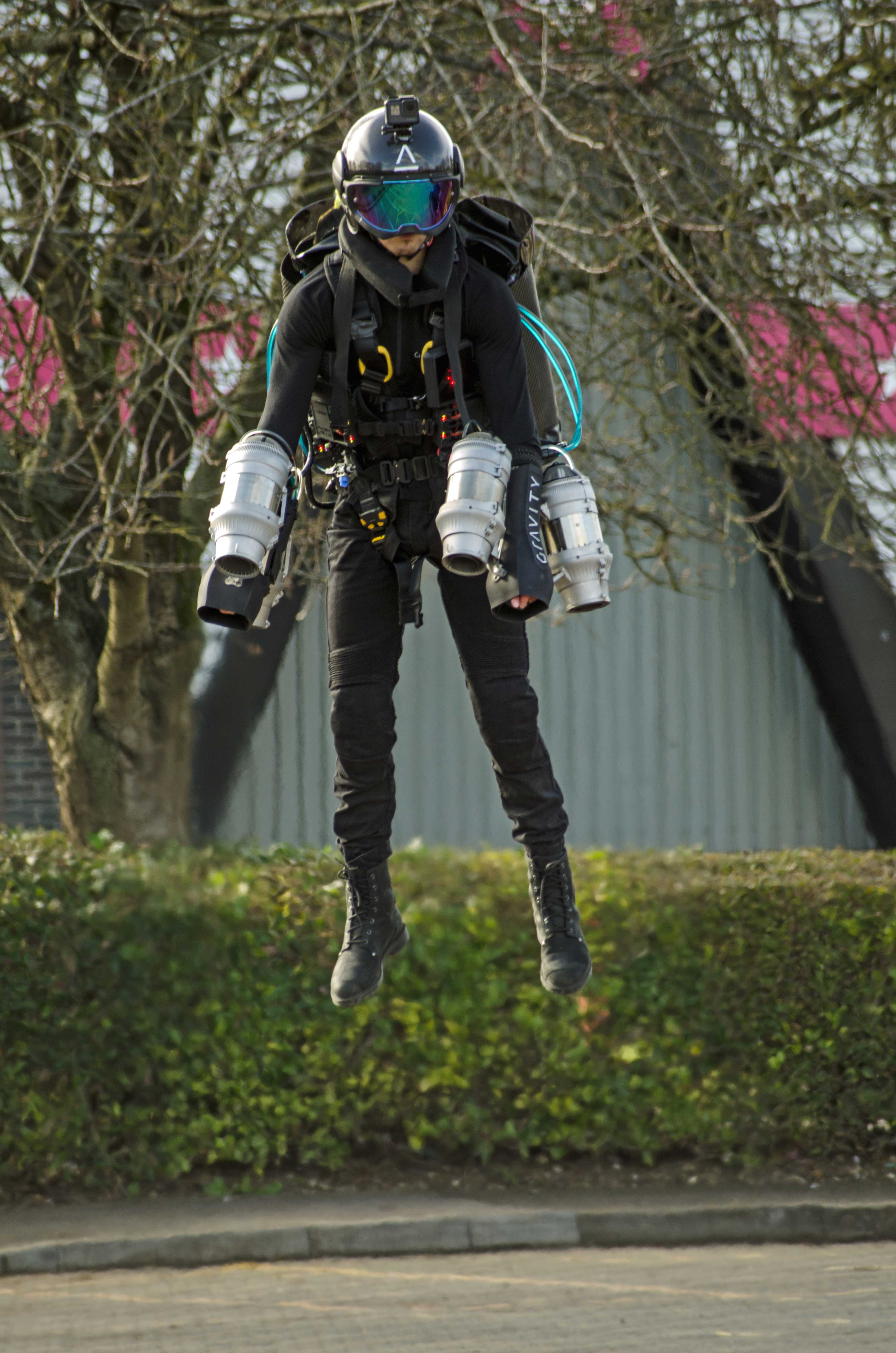 Article Name
The world’s first patent for a jet suit has gone to a British company
Description
We could be a few inches closer to a real-life Iron Man, such is the success of a jet suit devised by a British company. London-based Gravity Industries has been improving its jet suit since it was launched in 2017, and now say they’re the first company in the world to be granted a patent.
Author
Dawn Ellmore
Publisher Name
Dawn Ellmore Employment
Publisher Logo