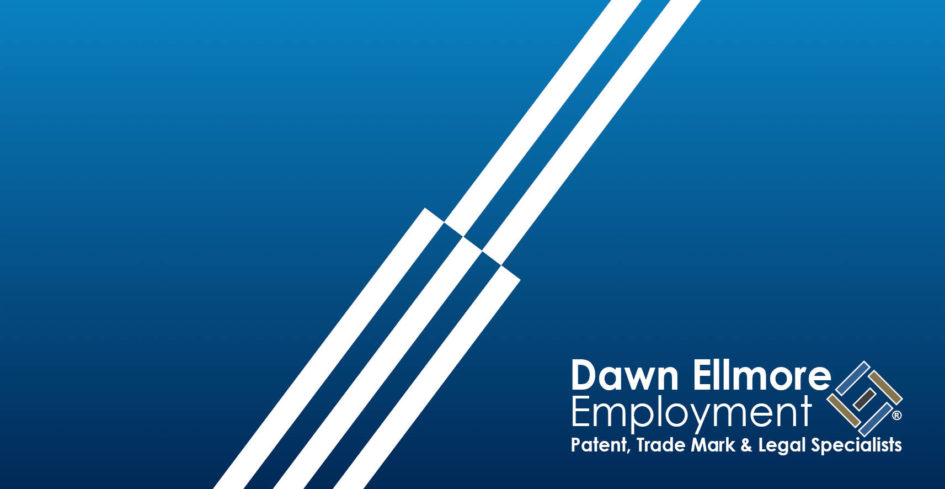 Cast your minds back to 1997: Tony Blair led the Labour party to a landslide election victory, Manchester United were crowned Premier League champions for the second successive season, and MmmBop and Barbie Girl were dominating the airwaves. It was also the year in which Swedish fashion retailer H&M attracted the attention of adidas after releasing its “Work Out” series of sports clothing, bearing two parallel stripes on t-shirt sleeves and trouser legs.

Trade mark infringement proceedings were initiated in the Netherlands in 1998, with adidas relying on Benelux trade mark registrations to assert that the use of stripes on the H&M products was likely to confuse customers as to the source of the products. For their part, H&M claimed that the stripes did not serve as trade marks, as they were purely decorative and did not indicate the source of the clothing in the same way that a brand name or traditional logo would do.

The sportswear giant did at the same time bring proceedings against other retailers in relation to two stripe designs, but these companies – Marca Moda, C&A, Vendex – all settled out of court along the way, with only H&M digging in and staying the distance.

After over 20 years of decisions, appeals and counter-appeals, during which time the case made its way all the way up to the Court of Justice of the European Union, the Court of Appeal in the Hague has recently returned a decision in favour of H&M.

In this blog article, we explore the journey that this case has taken.

The District Court of Breda initially ruled in favour of adidas, ordering H&M to cease selling its stripe-bearing clothing. H&M appealed this decision, and the case made its way through the Dutch court system via the Court of Appeal of ‘s-Hertogenbosch and the Supreme Court of the Netherlands.

The Supreme Court referred a technical question to the European Union’s Court of Justice (CJEU) relating to H&M’s argument that certain common signs, including striped patterns, should be protected from the liability of infringement and available for anyone to use in a decorative capacity. In its decision in April 2008, the CJEU came down on adidas’s side, concluding that, whilst a trade mark holder cannot prohibit a third party from using descriptive indications in accordance with honest practices, the argument that H&M put forward that common patterns should be available for common use was not a factor in the assessment of likelihood of confusion. “The answer to that question must be based on the public’s perception of the [adidas] goods on the one hand and the [H&M] goods on the other” the CJEU decided, and the question of whether the average consumer may be mistaken as to the origin of H&M’s striped garments was one to be referred back to the Dutch courts. 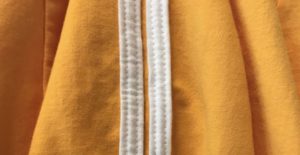 Now back in the Netherlands, it wasn’t until November 2017 that the judges of the District Court in The Hague ruled on the question of mistaken identity on the part of the average consumer, with adidas prevailing in that decision. The adidas three striped pattern was a well-known trade mark amongst a significant portion of the consuming public, the court decided, and the use of a two striped patten by H&M infringed on this trade mark.

Whilst this decision caused some uproar amongst brand owners and trade mark lawyers, adidas’s victory proved to be short-lived. H&M appealed, and the Court of Appeal in The Hague overturned the decision, citing differences in the use of the stripes by the two parties.

It is worth noting here that, during the proceedings, adidas were forced to restrict the protection afforded to their design to stripes that are separated by a distance that is more or less as wide as the stripes themselves – and that the stripes on H&M’s clothing are closer together than this. It was also significant in the Court’s decision that the market research that had been conducted in connection with the case did not provide sufficient enough a reason to assume that there was a likelihood of confusion amongst consumers as to the source of H&M’s clothing. As such, the Court of Appeal could not say that there had been a “real likelihood of confusion on the part of the average informed, circumspect and observant ordinary customer of the goods or services in question”. 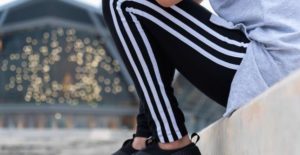 As things now stand, then, H&M have come out on top following this long running dispute, and adidas have been ordered to pay over €80,000 to cover H&M’s costs. For their part, adidas have lodged an objection against the award of these costs, and the option remains for them to appeal the decision before the Dutch Supreme Court. So maybe this case hasn’t yet made it over the finishing line after all…