Office inventions – making your life easier since the 1860s 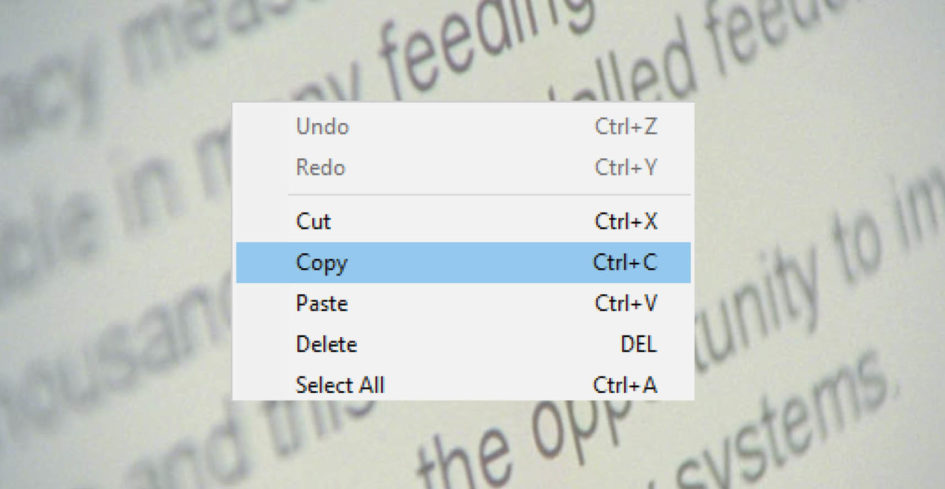 The recent death of Larry Tesler, the computer scientist who created the “cut, copy and paste” functions used so often in offices throughout the world on a daily basis, lead us to reflect on other innovations that we take for granted but make our everyday working life easier.

It was whilst Tesler was working for Xerox at their Palo Alto Research Center (PARC) in the 1970s that he developed the “cut, copy and paste” functionality, which he based on the method of physically cutting out sections of text and then gluing that text into a new position. The function was an instant hit with computer users, and has been saving students and office workers time ever since – in fact, we’d like to bet that you have used it already today!

Tesler is also credited with the development of the “find and replace” function, and he additionally coined the term “browser”.

It’s safe to say that the office would be a very different place if it wasn’t for Larry Tesler.

The development of everyday computing technologies

As computer development flourished in the 1970s, the forerunner to the modern computer spreadsheet program was created by Dan Bricklin and Bob Frankston. It was after Bricklin watched his university lecturer – having created a table of calculations on a blackboard – erase, recalculate and rewrite a number of entries in the table after spotting a mistake, that he thought that he could use a computer to replicate this process electronically. With the aid of Frankston this idea was developed into a program called VisiCalc.

VisiCalc was in instant hit, with the appeal that it enabled a whole line of numbers to be recalculated instantly just by changing one number in the spreadsheet. 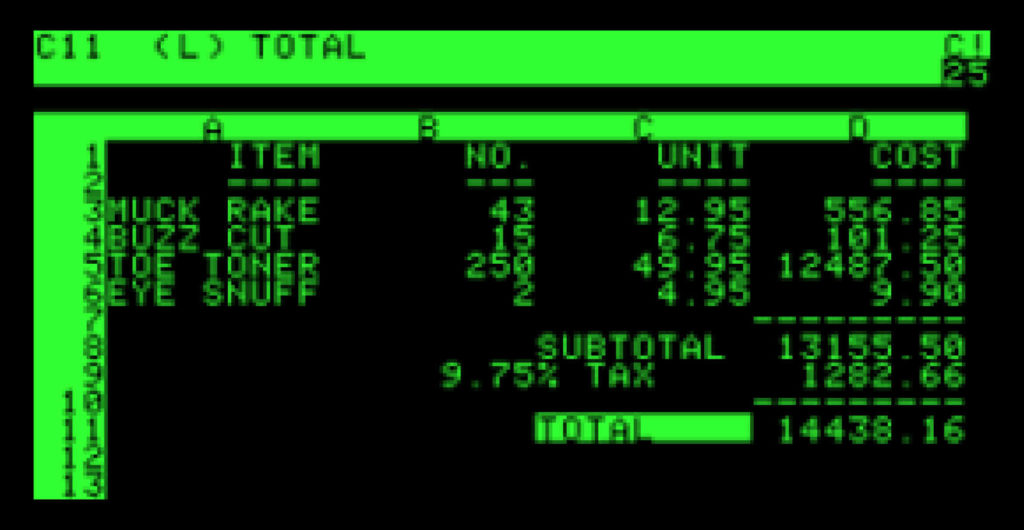 Another everyday office essential, PowerPoint, started off life in 1985 when Robert Gaskins and Dennis Austin developed a program which they called Presenter. Within months of its release in 1987 – initially for Macintosh computers only – Gaskins’ and Austin’s company, Forethought, Inc., was acquired by Microsoft. This was Microsoft’s first significant acquisition, and after a rebrand PowerPoint became a component of the Microsoft Office suite and widely available from the late 1980s onwards.

The stories behind other office essentials

We’re going back to the mid-19th century for the start of the journey to the modern desk stapler. The first patent for a stapler (Novelty Manufacturing Company, 1866) was for a machine that could hold only a single staple which, after being punched through the papers, and had to be secured by hand. A later design (McGill’s Patent Single Stroke Staple Press, 1879) saw an improvement as the staple was inserted through the pages and then automatically secured to them, but again the staples had to be loaded into the machine one at a time.

The Hotchkiss No.1 Paper Fastener, released in 1901, solved the issue of constant reloading, by using a long strip of staples that were wired together.

Development of the stapler continued well into the 20th century, until Jack Linksy’s Parrot Speed Fastener Corporation developed the Swingline Speed Stapler No.3 in 1937 – this design allowed simple loading of the staples in the stapler, and the design hasn’t been greatly altered since.

The modern propensity for digital storage has lessened the popularity of the hole punch, but it wasn’t that long ago that no office worker could live without this essential item. It’s interesting that the ring binder and office hole punch were developed by the same person – and that a stationary company bearing his name is still going strong today.

Although there are slightly earlier patents for single hole punchers, which found use for punching train tickets and the like, the two hole office standard was developed and patented by German engineer Friedrich Soennecken, who filed his Papierlocher für Sammelmappen (“paper punches for binders”) patent in 1886.

Soennecken also invented a pen which was famously used by fellow German, philosopher Friedrich Nietzsche, and founded a company in his name which still manufactures office products to this day.

Whilst the tale of the Post-it note being discovered by accident is well known, there are other aspects to the development of this office essential that also make interesting reading.

In 1968, Spencer Silver was working on the development of new adhesive materials at 3M when he discovered something peculiar: an adhesive that stuck lightly to a surface but didn’t bond tightly to it. As Silver said: “At that time we wanted to develop bigger, stronger, tougher adhesives. This was none of those”.

The adhesive discovered by Silver retained its stickiness but allowed attached surfaces to peel apart easily. Whist this was an interesting adhesive property, there was at the time no perceived use for it, and Silver struggled for years to find a practical use for his invention.

It was at this time that another 3M employee, Art Fry, became increasingly frustrated that the pieces of paper he was using to mark hymns in his hymn book kept falling out. What he needed, he thought, was a type of bookmark that would stick to the pages of the book without damaging them when they were removed. Fry then recalled a seminar that Silver had given when pushing his discovery to colleagues. Fry got in touch with Silver, and they forged a partnership to develop a sticky-yet-removeable paper product featuring Silver’s adhesive – one that endures in offices throughout the world today.

As for the iconic “Canary Yellow” colour of the classic Post-It note, this occurred by nothing more than coincidence, as the only scrap paper that Silver and Fry could find at the time happened to be that colour!

The modern photocopier was developed in the 1930s by Chester Carlson, a researcher and inventor who worked in the patent department at Bell Telephone Laboratories in New York. Carlson’s work would require him to make a large number of copies of documents, and due to his arthritis he often found this to be a painful process. Ever the inventor, this situation motivated Carlson to conduct experiments involving photoconductivity with the aim of producing a way to automatically copy documents. Using his kitchen to perform his electrophotography experiments, Carlson perfected his method and applied for a patent for the process in 1938.

After a few more years of research in the area, Carlson gained the attention of the Haloid Company, a manufacturer of photographic paper which was at the time looking for a way to distance itself from Eastman Kodak. Haloid was already working in the area of duplication, and thought that Carlson’s process might enable expansion into an area which wasn’t already dominated by Eastman Kodak.

Carlson and Haloid formally teamed up in 1946 to commercialise the electrophotography process. By the late 1940s and into the 1950s, Haloid developed and released a number of “xerography” machines – a term they coined (to distance themselves from the process of photography) through a combination of the Greek words for “dry writing”.

Owing to the success of its “XeroX” range of copiers, the Haliod Company rebranded in 1961 to the Xerox Corporation – and the rest is history. 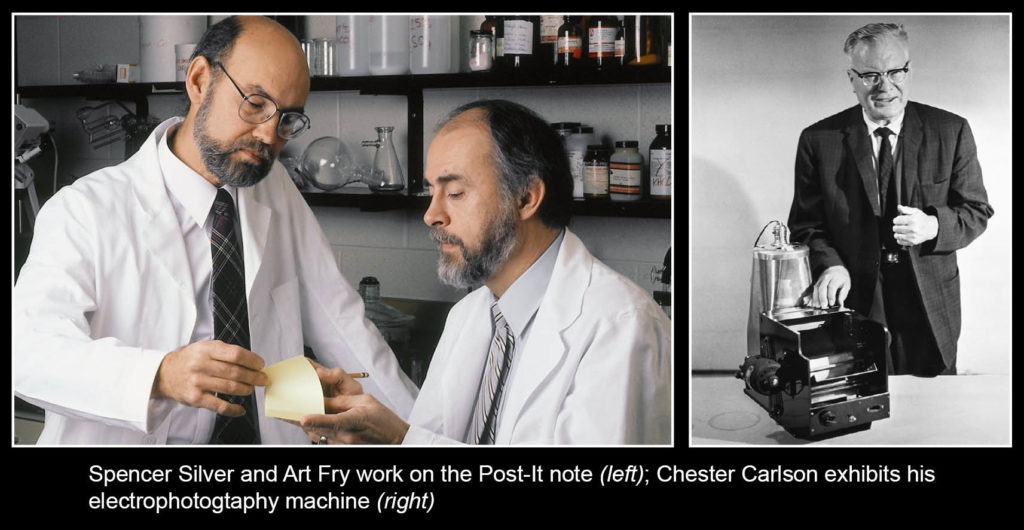 If you are sitting in your office whilst reading this, we’d like to bet that you can currently see the majority of the products covered in this article, and we hope that you now know a little bit more about how they came into being!