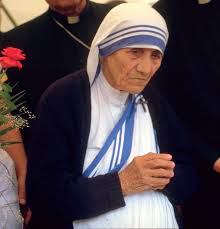 The famous blue and white striped pattern on Mother Teresa’s sari has now been registered as a trade mark at the government of India’s Trade Marks Registry.  The trade mark filing that was made in 2013 and published in 2016 (just before Pope Francis declared Mother Teresa a Saint) covers stationery items, textiles and for use in social and charitable services.  The registered trade mark (which covers both the pattern and colour combination) means that this blue and white striped pattern can no longer be used on clothing or stationery without permission from the Missionaries of Charity for fear of prosecution.

Mother Teresa first wore the now trademarked blue and white sari in 1948.  Similar saris are now woven by leprosy patients run by the Missionaries of Charity in Titagarh, India and supplied to nuns worldwide.