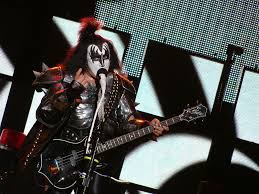 Israeli-American hard rock bass guitarist and singer for the hard rock band Kiss Gene Simmons has been in the IP news recently after he attempted to trademark a hand gesture he claimed he invented.

In the trade mark application to the United States Patent and Trademark Office (USPTO) Simmons applied for the trade mark in the context of “entertainment, namely, live performances by a musical artist; personal appearances by a musical artist”.  The trade mark that was sought was described as follows: “a hand gesture with the index and small fingers extended upward and the thumb extended perpendicular.”  This means that the claimed trade mark hand gesture was the ‘devils horns’ rock symbol but with an added thumb sticking out at the side.  It was the gesture itself that was claimed, rather than image or depiction of the gesture.  Simmons noted in the USPTO trade mark application the first date that he used/invented the hand gesture which was 14 November 1974.