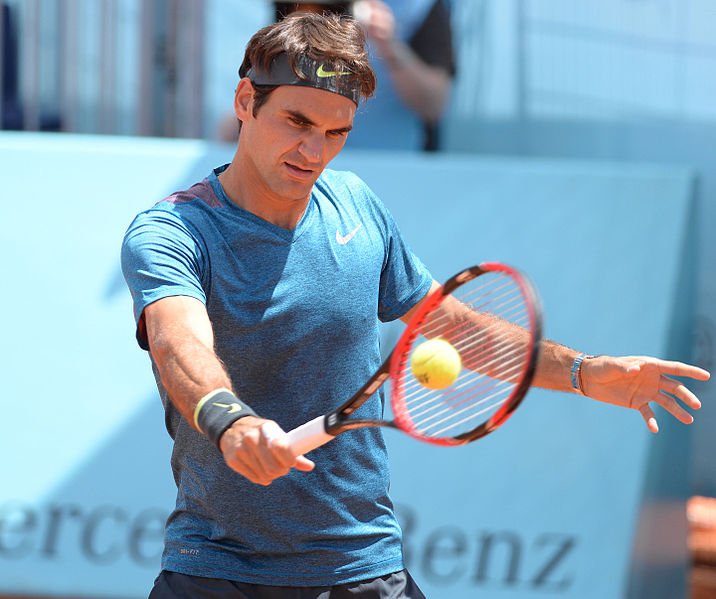 Twenty-time grand slam winner and all-round tennis star Roger Federer has gained an army of fans during his longstanding career. And for many, his initials have defined an era of tennis competition around the world.

The two letters R and F, melded together and adorning everything from hats to shirts to shoes, formed an extremely marketable and lucrative logo. For his fans, ‘RF’ defines not only his career but sporting excellence in tennis.

While fans are still wearing his initials, the professional superstar himself is now sporting clothes and shoes branded by Uniqlo. His entrance onto Centre Court with the Japanese manufacturer’s logo all over his tennis whites has confirmed the end of an iconic partnership with sports giant Nike, which lasted 24 years.

Mr Federer is now the official new face of Uniqlo and has reportedly signed a ten-year contract worth £22.5 million per year. That’s three times the amount of his previous contract with Nike. But the fate of the famous ‘RF’ logo is undecided.

In 2003, an early version of the RF logo was developed by his wife and her father specifically for the RF-Roger Federer perfume. Federer liked it so much that he approached Nike and suggested that they created a strategy centring around it. He first wore it on his Wimbledon 2006 blazer before adopting it on every piece of kit possible.

Nike claims ownership of the rights to the RF logo regardless of his departure from fronting their brand. The multinational company has said that the rights to the logo haven’t been transferred to Mr Federer, who has expressed his expectations that they soon will be.

On the first day of Centre Court action at Wimbledon when he first stepped out in Uniqlo, Federer said: “I must tell you, it’s been a long time coming. I felt very good out there. It’s also crucial to play well, so it was helpful. The RF logo is with Nike at the moment, but it will come to me at some point. I hope rather sooner than later that Nike can be nice and helpful in the process to bring it over to me. It’s also something that was very important for me, for the fans really. Look, it’s the process. But the good news is that it will come with me at one point.”

It’s uncertain right now as to Nike’s plans for the logo, but it’s clear that the new deal with Uniqlo is complicating the situation. It’s likely that the Japanese company will have to pay a large fee to use the logo, but it could take months to happen.

The case is further complicated by the fact that Federer does own trade marks for his own full name, which is effective proof for his brand to be considered synonymous with himself. This is where it differs from other high-profile fashion brand cases such as Elizabeth Emanuel and Karen Millen, who both sold their own-named brands and found that they couldn’t then use their names to start other businesses of their own.

Whether Federer’s post Wimbledon interview (above) is an accurate representation of what will really happen, or a strategic effort to pressure Nike to transfer the logo to him, is as yet unclear. He went on to say that the brand is of great importance to him: “They are my initials. They are mine. The good thing is it’s not theirs forever. In a short period of time, it will come to me. Obviously, we also need to figure out with Uniqlo when at one point we can start selling clothes for the public as well.”

Article Name
The copyright battle for Roger Federer’s logo
Description
Twenty-time grand slam winner and all-round tennis star Roger Federer has gained an army of fans during his longstanding career. And for many, his initials have defined an era of tennis competition around the world.
Author
Dawn Ellmore
Publisher Name
Dawn Ellmore Employment
Publisher Logo