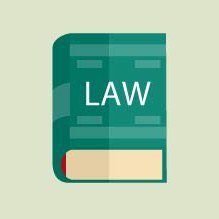 The EU’s chief Brexit negotiator, Michel Barnier, recently suggested that the new London based unified patent court may have to move away from its current location in London after the UK leaves the EU.  It has already been decided that two European agencies, the European Medicine Agency (approves drugs for all EU countries) and the European Banking Authority (responsible for bank stress tests) will leave London after Brexit.

The patent court which is currently based in Aldgate Tower, London is set to deal with pharmaceuticals and life sciences cases at Europe’s new unified patent court once the UPC becomes operational.  If the court does leave London it will be unfortunate for the UK being a world leader in pharmaceuticals and life sciences.  Although the court is not currently operational practice trials have been held and judges are in the process of being recruited.

The introduction of the Unitary Patent (a single patent covering multiple countries) and the establishment of a new patent court, the Unified Patent Court (UPC) will affect holders of existing European Patents as well as those seeking new protection for inventions. Businesses will be able to apply to the European Patent Office for unitary patents which, if granted, would give patent protection for inventions across 25 countries. For the new UPC system to become operational, at least 13 EU countries (including Germany, France and the UK), must pass national legislation to ratify the UPC Agreement that was finalised in 2013.