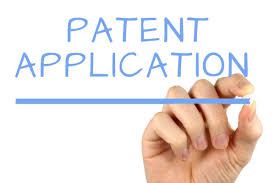 It was recently reported that UK and European Businesses have written to the Rt Hon Greg Clark, Secretary of State for Business, Energy and Industrial Strategy requesting that he move forward with progressing the ratification process of the Unified Patent System.

The introduction of the Unitary Patent (a single patent covering multiple countries) and the establishment of a new patent court, the Unified Patent Court (UPC) will affect holders of existing European Patents as well as those seeking new protection for inventions.  Businesses will be able to apply to the European Patent Office for unitary patents which, if granted, would give patent protection for inventions across 25 countries.  The Unified Patent System represents an important reform of the European patent system which many claim is long overdue.  The use of the Unitary Patent aims to reduce practical barriers for companies with regard to trade and export which could be helpful to the UK post Brexit.

For the new UPC system to take effect, at least 13 EU countries (including the three with the most European patents in effect in 2012 i.e. Germany, France and the UK), must pass national legislation to ratify the UPC Agreement that was finalised in 2013. France has already ratified the agreement whilst German ratification has moved closer in the country’s parliament.

In November 2016 the UK government confirmed that the UK will ratify the UPC Agreement but in 2017 there has been much talk and speculation about the new UPC system and whether it will remain on track or indeed whether the UK will continue to be involved.  Firstly there was Brexit in 2016 which saw the UK vote to leave the European Union and then a UK general election scheduled for June 2017.  All the legislation necessary to ratify the Agreement has still to be placed before the UK parliament.  The UK general election on 8 June 2017 will delay the UK’s ratification of a new UPC system as it will be for “the next government” to complete “future steps”.  This will push back the UPC coming into effect to at least mid 2018 when the new framework could become operational.

Companies who wrote the letter claim that the UK should join the Unitary Patent System and remain in post Brexit.  The letter is significant because it shows that UK and European companies want to keep regulations in place where there are clear benefits in reducing red tape.  It was noted that the UK has pushed hard for the Unitary Patent System in recent years with one of the Unified Patent Courts being located in London.

Article Name
EU Businesses want the UK to be part of the New Unitary Patent System
Description
It was recently reported that UK and European Businesses have written to the Rt Hon Greg Clark, Secretary of State for Business, Energy and Industrial Strategy requesting that he move forward with progressing the ratification process of the Unified Patent System.
Author
Dawn Ellmore
Publisher Name
Dawn Ellmore Employment
Publisher Logo