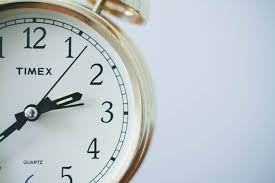 A new statement was recently issued by the body tasked with laying the foundations for the new Unified Patent Court (UPC) judicial system to take effect which has aimed to allay fears of the widely reported UPC delay.  The statement indicates that the delay to the UPC becoming operational will be months and not years as previously feared by some commentators.  A new timetable has also been mentioned.

In the statement UPC Preparatory Committee chairman Alexander Ramsay has said that the period of provisional application can start during the autumn 2017 meaning the sunrise period for the opt out procedure would start early 2018 followed by the entry into force of the UPCA and the UPC becoming operational after that.  A more detailed timetable including a new opening day for the UPC will be published once more information is known.

The introduction of the Unitary Patent (a single patent covering multiple countries) and the establishment of a new patent court, the Unified Patent Court (UPC) will affect holders of existing European Patents as well as those seeking new protection for inventions.  Once established the Unified Patent Court (UPC) will serve as a new legal enforcement framework to underpin a new unitary patent system.  Businesses will be able to apply to the European Patent Office for unitary patents which, if granted, would give patent protection for inventions across 25 countries.

For the new UPC system to take effect, at least 13 EU countries (including the three with the most European patents in effect in 2012 i.e. Germany, France and the UK), must pass national legislation to ratify the UPC Agreement that was finalised in 2013.  So far France has completed ratification.  The UK has put a piece of legislation that law makers must pass so that the UK can ratify the UPC system in Europe before parliament, taking the UK one step closer to ratification.  There is currently some uncertainty regarding the German ratification of the UPC following a legal challenge raised by Germany’s parliament as to whether or not the UPC laws are constitutional.